Please note: Translation mistakes made by Google are not the responsibility of the G-QRP Club. 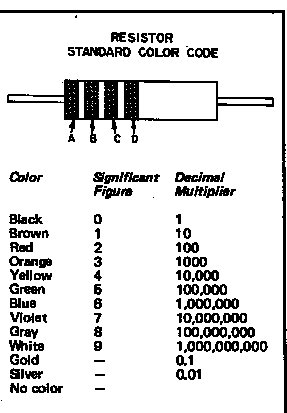 The European designation is becoming common these days in which the multiplier (K or M) replaces the decimal point. i.e.

µ = microfarads, n = nanofarads, p = picafarads. The relationship is easy - the common ones are:

There are a variety of (sometimes obscure) capacitor colour codings but the commonest markings on modern capacitors are:

A three number system where the third number is the number of noughts after the first two - which are the base value.

- are the common ones but watch out for confusion:


There may be a letter to indicate tolerance: